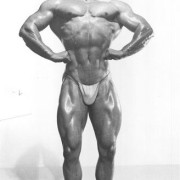 Millionaire Magazine is very proud to announce that The Legend, Mr. Reg Park, will be gracing our pages in the upcoming issues, beginning here, a featured guest writer imparting his experience and knowledge of Health, Fitness and Well-Being to our readers
Thank you Mr. Park!