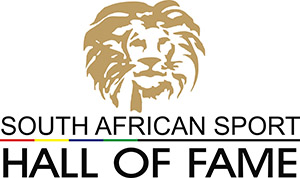 The Park family, friends and fans are delighted that the South African Sports Hall Of Fame has recognized the achievements and contributions that Reg has made to South Africa. It is a great pity that he wasn’t able to receive this award whilst he was alive, however the Park family greatly appreciates this recognition.

When one thinks of Reg Park, one tends to immediately thinks of him as a bodybuilder and although this is fundamentally correct there was far more to him. As a bodybuilder, his competitive career lasted twenty seven years and that takes some thinking when you consider that he won a world title (Mr Universe) every seven years, over 21 years… How many athletes in any field, can you think of that have achieved this.

One also needs to consider that all this was achieved without the use of anabolic steroids which unfortunately is so prevalent in sports today. Reg was highly principled and had the courage of his convictions to put his reputation at stake to compete against the newer and younger chemically enhanced generation and still placed respectfully in the top three including accepting his pupil Arnold Schwarzenegger’s ( almost twenty years his junior ) challenge to compete against him. Arnold won by a mere half a point. The rest, as they say, is history. 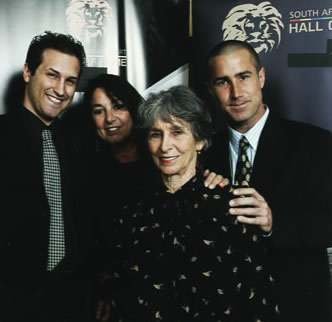 Reg was also incredibly strong and was known for using extremely heavy poundages which was and still is most unusual for a body builder. A mere few days after power lifter Doug Hepburn ( who outweighed Reg by 23KGS ) from Canada broke the world bench press record by doing 227.5 kg, Reg achieved the same feat.

Reg never saw colour or race as an issue. He always allowed people of colour to train at his gym and took the first black body builder from South Africa to compete in the Mr Universe long before apartheid was abolished. He judged people for their ability and for their character.

He started the gym industry in South Africa which today is a hugely popular and rapidly growing business. Reg introduced weight training to many top level and world class athletes including the likes of Gary Player, Bruce Fordyce and many others in South Africa long before weight training became popular and in fact was looked down upon and was thought to make one muscle bound and slow one down. Reg shared his wealth of knowledge freely, long before personal training was in vogue. Many doctors would send their patients and coaches their athletes to Reg for post injury rehabilitation.

From my own personal experience I can tell you as a competitive swimmer, he was more influential than any coach I ever had. He put me on a strength training program when many of the coaches were negative about the benefits, monitored my nutrition and had the ability to motivate me before a race long before any one knew about sports psychology. He made me believe I was unbeatable which resulted in me smashing the South Africa records and swimming in the Olympics. Unfortunately when he wasn’t present, which was not often, I did not perform as well, it was only a matter of time before the nay sayers (coaches) began to send their swimmers to Reg for strength programs.

When Reg first started working out, he was looked upon with disdain and people thought he was weird. Now that we look back, he was a visionary and it is quite obvious that he was ahead of his time in many areas. Today gyms and working out are part of our culture and there is not a top class athlete anywhere in the world who does not incorporate strength training and sports psychology into their programs, if they don’t they get left behind.

Unfortunately bodybuilding was never regarded as a sport, but Reg trained as hard, if not harder than any athlete. He started training in his backyard in his home town Leeds where he would wear three sweat suits, three pairs of thick socks and military boots to keep him somewhat protected from the cold, rain and snow. He then graduated to a corrugated iron garage without electricity or mirrors, where the rain and snow would leak through the roof.

On behalf of the Park family, we thank the South African Sports Hall of Fame.