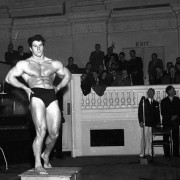 “Reg Park was my hero. He was Hercules. I used to look for his photos in the popular muscle magazines of the day. He was awesome. He was the best of the best, before the best became the worst, when drugs became more important than hard work.

A Tribute By Tricky Jackson
Scroll to top