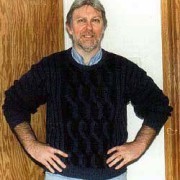 In the pantheon of bodybuilders, few will occupy as distinguished a place as Reg Park. As a young man from Leeds, England, Park had established himself as a fine athlete, a sprinter, so when he turned to bodybuilding he already had an athletic foundation. He then went on the build a rugged, massive, strong physique that went well with his tall, large frame.

So impressive was he that as a rising bodybuilder, he was able to challenge the great Steve Reeves in a Mr. Universe contest. Although Park did not win initially, it announced to the bodybuilding world the potential greatness he had. Eventually he won the Universe and became for a time, the top bodybuilder in the world.

Park’s training style was to use heavy weights with low reps, to train for strength as well as mass, so at six feet tall and 220 pounds of carved muscle, he could bench press 500 pounds yet display a fine set of abs, with mass, cuts and shape everywhere.

Later on in his career, Park maintained that he had gone somewhat overboard on the strength training, that it wasn’t as necessary to build a massive, proportionate physique, so he went more with moderate weights, sets and reps, and concentrated on both maintaining his strength while further honing and fine-tuning his physique. Whatever methods he used, however, worked.

Park’s competitive career spanned into his forties, when he competed in the Universe one last time. Along with Bill Pearl at the time, Park represented the massive, strong, big yet proportionate bodybuilding tradition well. A young Arnold Schwarzenegger was so impressed by Park’s physique, training and movie fame, as Park, like Reeves, had gone on to star in Hercules movies, that he patterned his own training after his idol, and tried to develop his physique in the same way.

Reg Park has been universally regarded as a gentleman and great representative of the sport of bodybuilding. After his initial success, he had married and moved with his wife to South Africa, where he also helped promote bodybuilding.

He continued to train and remain in marvelous shape well into his later years, and although he has been stricken recently with health problems, he continues to be a model of rugged mass for bodybuilders, and class and integrity as a person.

Park’s effect on bodybuilding and bodybuilders everywhere is almost too great to measure. When this author was beginning bodybuilding, trying to learn the strange exercises from a book, he turned the pages to find a photo of Reg Park, which showed him posing with a note about his strength and how tall he was.

This gave me the idea that even starting out tall and thin, maybe the author could build substantial muscle and strength like Park. Similarly, thousands of young, aspiring bodybuilders everywhere received the same inspiration from Park’s example.

Reg Park, one of the greatest bodybuilders of all time.

A Tribute By Steve Speyrer
Scroll to top