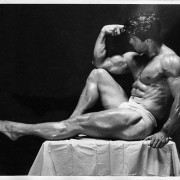 Reg Park had already retired from competition when I got involved in bodybuilding in the late 1970s. But he has always been one of Arnold Schwarzenegger’s heroes and over the course of working on three books with Arnold I got to hear a lot about Reg – his excellence not only as a bodybuilder but as a man as well.

Eventually, I not only got to know Reg and his whole family but spent considerable time interviewing him about his life and bodybuilding career for FLEX Magazine. Reg Park began training in the days when bodybuilders trained more like weightlifters – working the whole body three times a week – and had to improvise in an era of limited equipment. Not having any benches, for example, Reg would do barbell chest presses by lying back on a large sandbag.

Of course, his career continued on into the 1960s and he was one of those bodybuilders who got better with age. There are photos of Reg standing in a line-up next to Arnold and he appears to have been genuinely competitive against the new physique superstar. But as excellent as Reg Park was as a competitor, his real claim to fame is probably that he has always been such a fine gentleman, an excellent family man and a fantastic representative of the sport.

Young bodybuilders could do a lot worse than to model themselves on somebody like Reg, not only a champion athlete but an admirable human being as well. 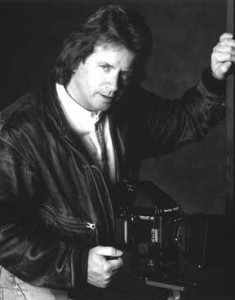 A Tribute By Anthony Catanzaro
Scroll to top